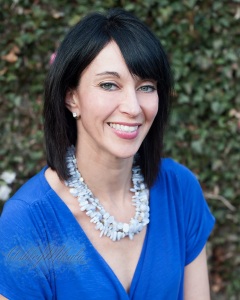 Kerry Neville is the author of Necessary Lies: Short Stories and the forthcoming collection of short stories, Remember to Forget Me, to be published in 2017. The recipient of numerous prizes in fiction, Dr. Neville is a member of Phi Beta Kappa and a former Fulbright Scholar. She currently teaches creative writing at Georgia College & State University. In the interview below, she shares her thoughts on Milledgeville, her approach to teaching, and the importance of writing with empathy.

Q: What do you think of Milledgeville?

A: I think it’s beautiful. My kids and I have this game that we play at home. They direct the car. They can either say go right, left, or straight when we come to a street. We go on these adventures. That’s kind of what I’ve been doing here. I’ll go out on a Saturday for an hour and just start going right, left, straight. So I’ve been down some really beautiful back roads. [Milledgeville] is bigger than the town that I was in, so it feels like it’s approaching a metropolis to me.

Q: What do you think of the college?

A: It’s beautiful! I mean, the buildings are beautiful. It’s lush in terms of landscaping. Walking around campus, everybody’s very friendly. It seems like a pretty active campus as well. There are always students setting up tables. The place where I used to teach had basically eight months of winter, so you never saw students outside, really. All that took place inside buildings. Whereas here, it’s all taking place out in the open. You get to see students engaged.

A: My favorite part about teaching is the energy that my students give back to me. I can do the whole “stand in front of the classroom and lecture” thing, but I hate that because it feels like there’s this artificial wall between me possessing the knowledge and students sitting there submissively through osmosis. It’s funny, we call students “students” because students are learning, but it’s more of a kind of apprenticeship model than a top-down hierarchy passing down of knowledge. What can they learn from my experience growing as a writer and growing as someone who’s studied literature, and also what can I learn from them? Every class, I walk away knowing or seeing something different about the book or the poem that we’re reading, or about the process.

I also get very energized by teaching, by doing what I love. I used to work for my father’s law firm in college and I couldn’t imagine doing something like that for the rest of my life. I wasn’t seeing lawyers doing something that they were passionate about or loved doing. Granted, it was anti-trust law, which is the most tedious of anything. You basically just sit in your office and read through stacks of papers. But I get to do something where I’m constantly turning things over in my mind and trying to think about how can I get students excited about this and how can I teach this in a new way? I was thinking about my fiction and nonfiction syllabus this semester and everything that’s been happening in our political landscape in terms of race and gender and sexuality. I’m not going to rely on the “oldies but goodies.” I want to be surprised myself in what I’m teaching and reading, and I want what’s relevant right now to also be part of the conversation. So I made a really deliberate attempt to integrate recent writers who are just forging their reputation but who are addressing things like violence against black men in real ways.

Q: What are some of those writers?

A: One is Jesmyn Ward who wrote a memoir called Men We Reaped. That’s a memoir about four African-American men in her life who all died in various ways. She tied it to the social-political-economic forces at work. We’re so used to seeing statistics on how many black men die, but we don’t see the stories inside those statistics.

We read a short story collection called Redeployment. It was written by a Marine named Phil Klay who fought in Afghanistan and Iraq. We’re thinking about war and what it’s like to be a soldier in this very complicated climate. With World War II, it’s very easy to think of those soldiers, and for them to think of themselves, as heroic, but this book kind of turns those ideas over. It also lets us think—writers aren’t people who come out of the institutions and study books all day. A writer can be a Marine who fought in a war and then sat down, wrote this book, and won the National Book Award.

Q: In your opinion, what makes good writing?

A: For me, there’s the obvious: concrete detail, well-developed stories, and good dialogue. But I think it’s beyond the technique. It really is, for me, someone who has found a voice and they’re confident in using that voice on the page. They allow it to go places that might be complicated or even dangerous as a writer. It took me a long time to find that kind of authentic voice for myself. Early on, when I was in grad school, I was writing stories that felt very safe. I was afraid to offend. I was afraid to have characters that were off-putting and angry, that had a very particular perspective. Somebody once said to me about myself, “You live at a right-angle to the universe.” That was one of the best compliments I ever received. That has been sort of how my writing has evolved over time. Find the moments that are difficult, that you don’t want to write about. Find the story that you’re avoiding because right there is where you’re going to grow the most as a writer, because you’re going to push yourself and you’re going to try to find a way to tell it.

Q: How do you approach writing an essay or a story?

A: I make a map. For me, what comes first is the theme I want to explore. How do I tell a story or write an essay that attempts to do an archaeological excavation of that theme? I have this one story in my new book that’s coming out next year called “Indignity” and before I even knew the plot of the story or the characters, I was like, I really want to think about what does it mean to have to live inside of a life where everything’s been taken from you, including your dignity? What does that look like? And then I started thinking about, how do I tell that story and who’s going to tell that story? And then it usually unfurls for me. With fiction I always for the most part have a sense of where I want to wind up. So I’m writing towards that. Whereas essays, I never know where I’m going to wind up. Essays are like a kid always feeding quarters into a pinball machine. That’s what happens when I sit down to write an essay, it’s like, “Oh, someone else is putting a quarter in, let’s take a shot and see where this tangent goes.”

Q: Do you have a favorite book of essays or novel or short story collection?

A: People always ask me this question. I don’t think I have a favorite, though Alice Munro is one of my favorite short story writers. She writes a lot about quieter, complicated moments in the lives of her characters. I love Joan Didion in terms of the essay.

Q: Do you have any advice for writers?

A: I do. What I try to tell my workshops is that the quality of the attention that we pay to things in our stories or essays, reveals for me, the integrity of what we’re trying to say. We’re reading this story collection by this woman Lucia Berlin. In her story, she has a lot of alcoholics and drug addicts and it’s very easy if you’re a writer to give the cliched depiction of the alcoholic or the drug addict. You need to look at your characters, you need to look at the landscapes that you’re writing about with some compassion. And empathy. Empathy is more than compassion. It’s about finding the ways in which you connect as a writer, either through feeling or language or point of view or through actual experience to the characters or the places or the ideas that you’re trying to write about.

I always tell my students when they’re trying to think about what they’re going to write about for their story or essay, two fundamental questions that you have to always ask yourself that will shape the direction of your story and shape the way it surprises you is 1) what’s at stake for me in telling this story? Why do I really care about it? And you have to care about the stories you tell, either fiction or nonfiction. You can’t be clinical. But then the second part of that questioning is what’s at stake for my readers? Why should they care about this? I really have to think about, why do I need people to listen to this or read this? Why does it matter to them? And if you can answer those two questions as you’re working on your story or your essay, this ties back to the idea of voice. You suddenly have a story that has integrity.

I really think that as writers we have to believe that our words actually matter. Because if we don’t believe that, then what are we doing it for? I mean we could go off and write genre. Make a lot of money, maybe. That’s a different kind of mattering. But I think if your aim is to write literature, your words have to matter to both you and in some larger way to your readers.

Q: Do you have anything else you want to add?